Visiting Machu Pichu on the cheap

After a few days milling about in Cusco, and with Machu Picchu tickets in hand, we set off for Santa Theresea and Agaus Calientes – Machu Picchu on the cheap.

Aguas Calientes is only around 60 miles from Cusco, but due to the mountain roads, our route would be over 130 miles and take nearly five hours. Still better than spending nearly $200 on the train.

The twisty bits start about 50-60 miles form Cusco and continues on from there, as the road rises and falls over the mountains. Then the rain starts. Here we stopped to don full waterproofs. The road slowly climbs up into the clouds and visibility becomes practically zero. On our journey we managed to hit a five truck convoy just as the thickest of the freezing fog formed.

Once out of the clouds the landscape changed from high alpine forest, to tropical jungle. The rain continued, intermittently at least. It could be totally dry in one sport and completely sodden around the next corner.

Not sure exactly what we stumbled upon part way along the journey, but it looked decidedly Inca like: 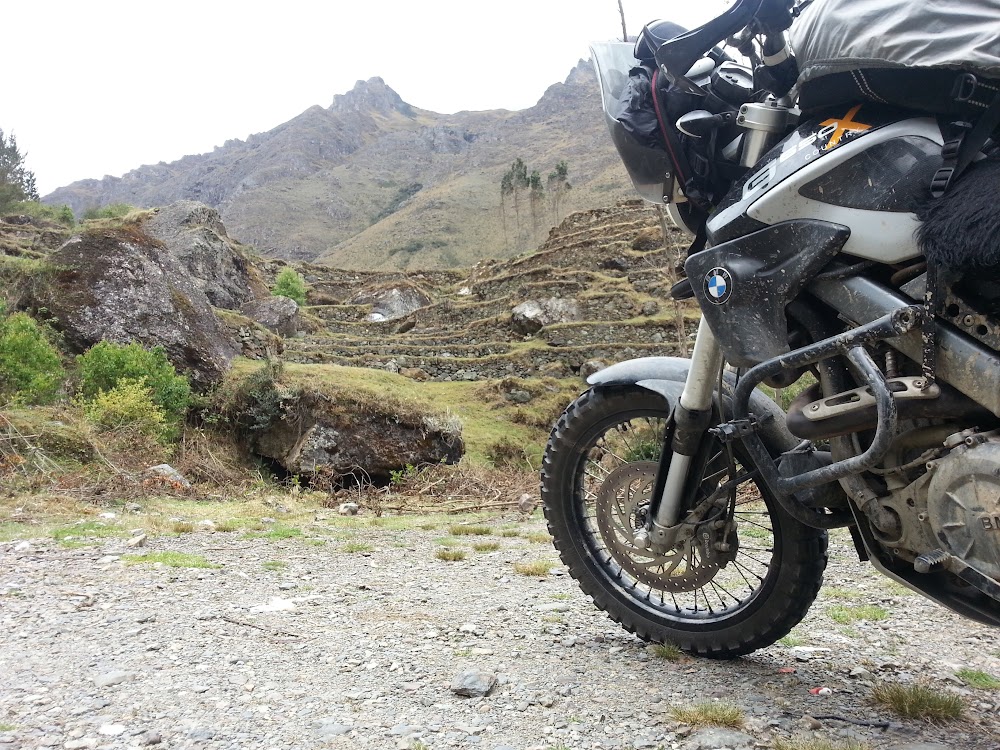 The asphalt ended at Santa Maria, where turned off on a gravel road towards Santa Theresa. Narrower and more treacherous than even the North Yungas Road, this stretch of the route was probably the best part of the journey, but not what was needed after riding for four hours in the rain.

Eventually we reached Santa Theresa and found that the hotel we were seeking was actually the very first one we saw when arriving in town. Prices were around 30-40 soles per night for a matrimonial room, with bike parking inside the main lobby.

We left the bike there hopped in a taxi with Philip (a KLR rider staying at the same hotel) to Hydroelectrica, where the three of us hiked the two hours or so to Aguas Calientes.

Rather than trek up to the gates to Machu Picchu, we splashed on the bus from Aguas Calienties. I say splashed out as the 25 minute journey costs $28 return per person. Pure robbery. We arrived at the terminal at 6 a.m. and already there was long queue.

It was a short wait. Some 40 minutes after we started queuing we were at the gates of Machu Picchu and ready to explore. Our tickets included entry to Machu Picchu mountain, but we decided a few hours working around the old citadel and up to the sun gate (not worth the walk) was plenty enough for us. Besides, if we climbed the mountain we’d have to trek the two back to Hydroelectrica too. As it was, we finished up just in time to get the train back, which is also a rip off. The local rate is around 6 soles, but tourists are charged over $20. 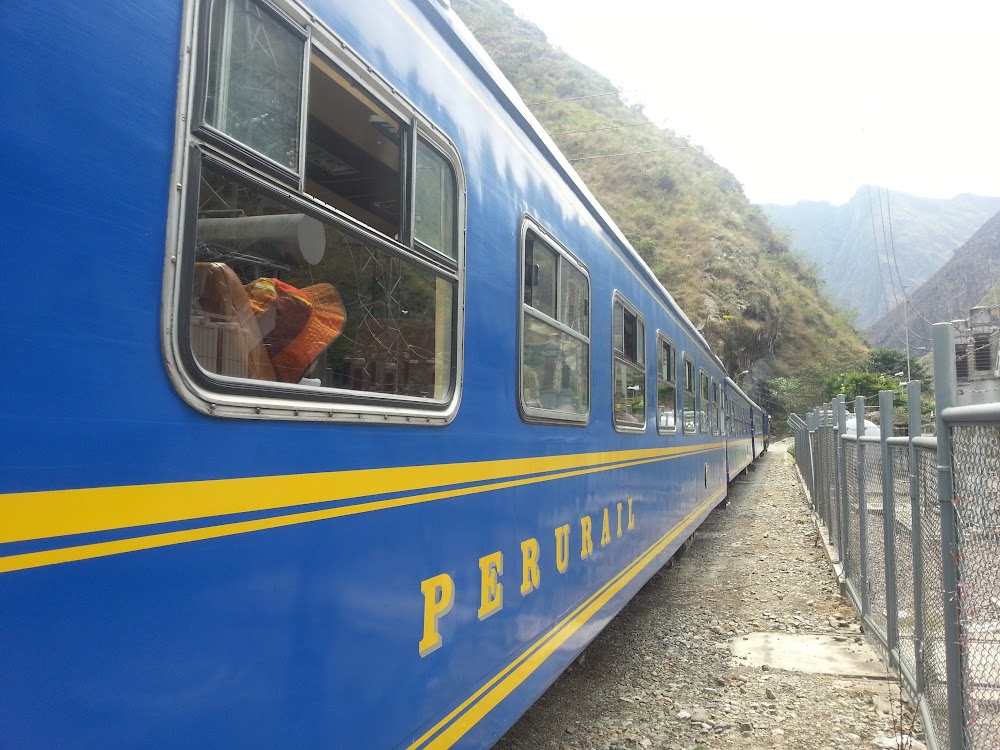 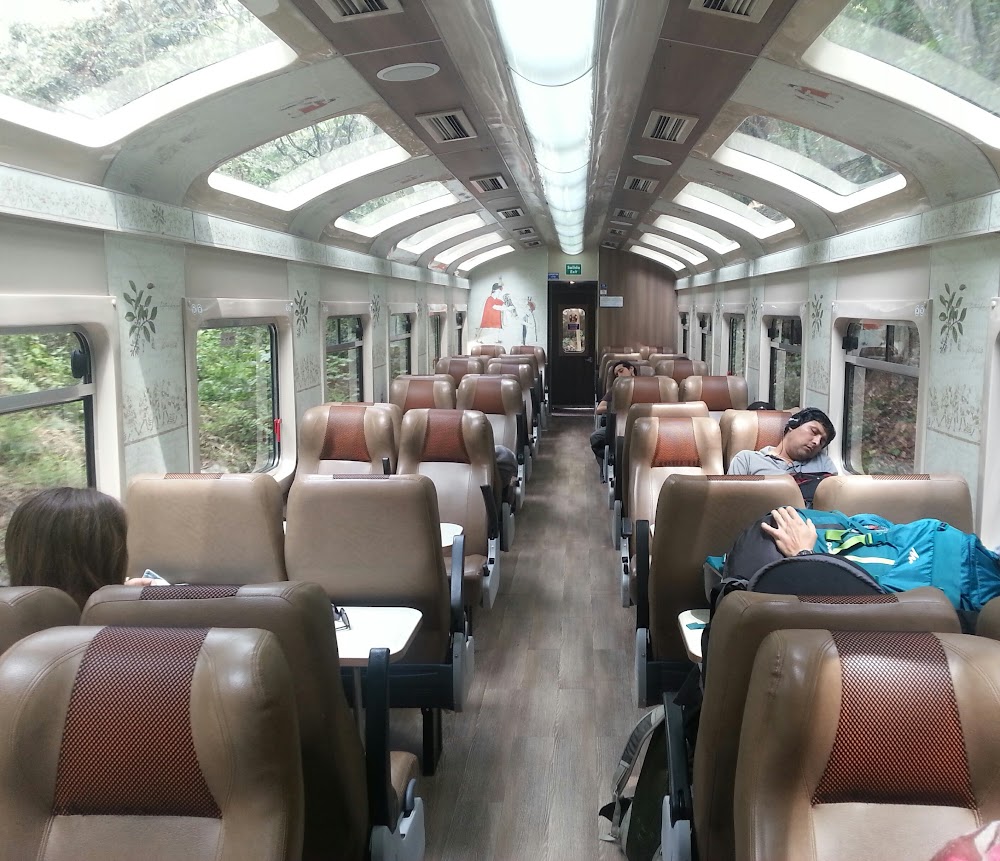 From there we took a collectivo back to Santa Theresa. It cost just 5 soles. Bargain.