Having emailed what must have been every likely moto store in Chile, I eventually found Motouring, a Wilbers distributor in Santiago.

Carlos, the owner of the store, assured me that he could get a Wilbers shock made up and imported from Germany in 10 days, give or take.

I took him up on the offer, but rather than hang out in Puerto Montt, which is something of a hole. Sam and I decided to check out Puerto Varas, a small holiday village on the shore of lake Llanquihue.

Bizarrely the city is famous for its German traditions, and it just so happened that we stayed in a German owned hostal called Casa Azul.

Our time was mostly spent relaxing, but we did take a morning to play on the lake. Despite bing a tourist town the restaurants, and evening activities were mostly disappointing.  Still, we ventured out for a stroll after dinner. We took a local bus from Puerto Varas to Frutillar, about 20 minutes along the lake. Like Puero Varas, it too is a tourist town, but much smaller in size, and mainly known for it’s music festival.

Being a small town, the choice of food was limited, though there was a decent Italian restaurant down by the music theatre.

Most of the activities here revolve around the lake. Swimming, kayaking, jetbikes etc… but we gave them a miss this time. And instead opted to enjoy some rest and relaxation.

Of course, you can’t visit Frutillar without capturing a shot of the pier, the volcano, or ideally both at once. From there we set off for Osorno, however after finding it no better than Puerto Montt, we returned to the latter. The shock was still a week away, and part running out of time, part vegan protest, Sam decided it was time to fly home, and get back to work. For the rest of the journey I’d be travelling solo.

Still at least the view from my room was interesting. A package from Germany

Delayed a day or two in Santiago, the shock absorber finally turned up in Puerto Montt courtesy of Chile Express. 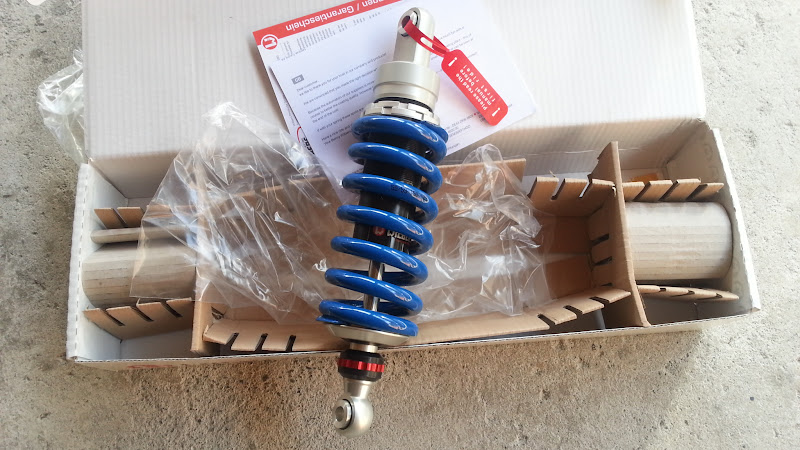 It was a Wilbers 640, with is the mid-range shock for the xCountry. The high end 642 is similar but rather than being an emulsion shock, it has a piggy-back reservoir.

I wasted no time in fitting it and ditching the old part. Immediately it felt better. Perhaps this time it was sprung correctly. 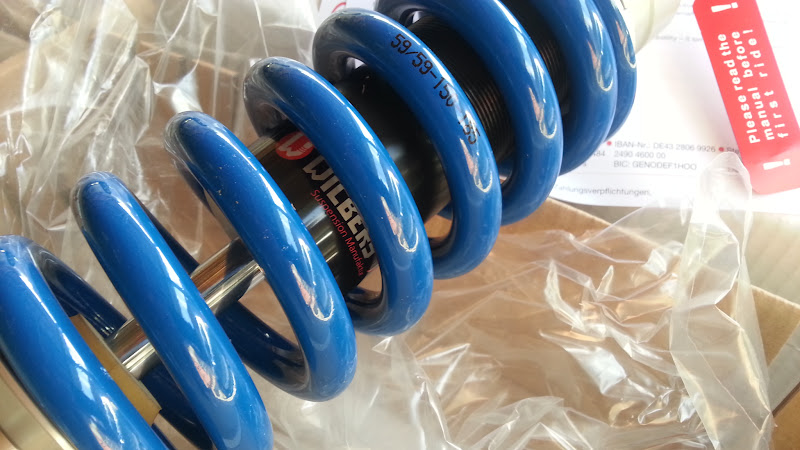 I did a quick test around the city, and found the settings to be nigh on perfect. On the road it was like floating on a cushion of air, smoothing out all the but the very worst of the bumps and pot holes.

Happy with the setup, it was time to load up and begin the Carretera Austral part two.