Rather than travel inland to San Pedro we decided to follow the coast, and break up the journey with an overnight stay in Tocopilla. And whilst the road was mainly straight, it did take us past a number of number of reefs and beaches. Of course I couldn’t resist taking a shot of the bike next to the Pacific (whilst Sam chased seagulls). The cost was getting the bike stuck a few meters further on and having four Chilean campers help to pull it out of the sand.

Arriving in Tocopilla around lunch time, we were hungry and promptly set about finding some food. It was to be a futile task during siesta time on a Sunday, so we began heading towards a Shell petrol station. They’d at least have a sweaty sandwich of some kind, and perhaps some fruit juice.

On the way we noticed a group of people sitting at a table on a side street, perhaps there was a food outlet there? We moved closer to investigate, and were beckoned over by the group.

It turned out to be a some locals enjoying at Sunday barbecue and copious amounts of alcohol. Of course once we were there we couldn’t leave. Bottles of beer were placed into our hands and food in our mouths. Every time we finished a drink or some food, more was thrust upon us. What’s more, the group wouldn’t accept any money for drinks. 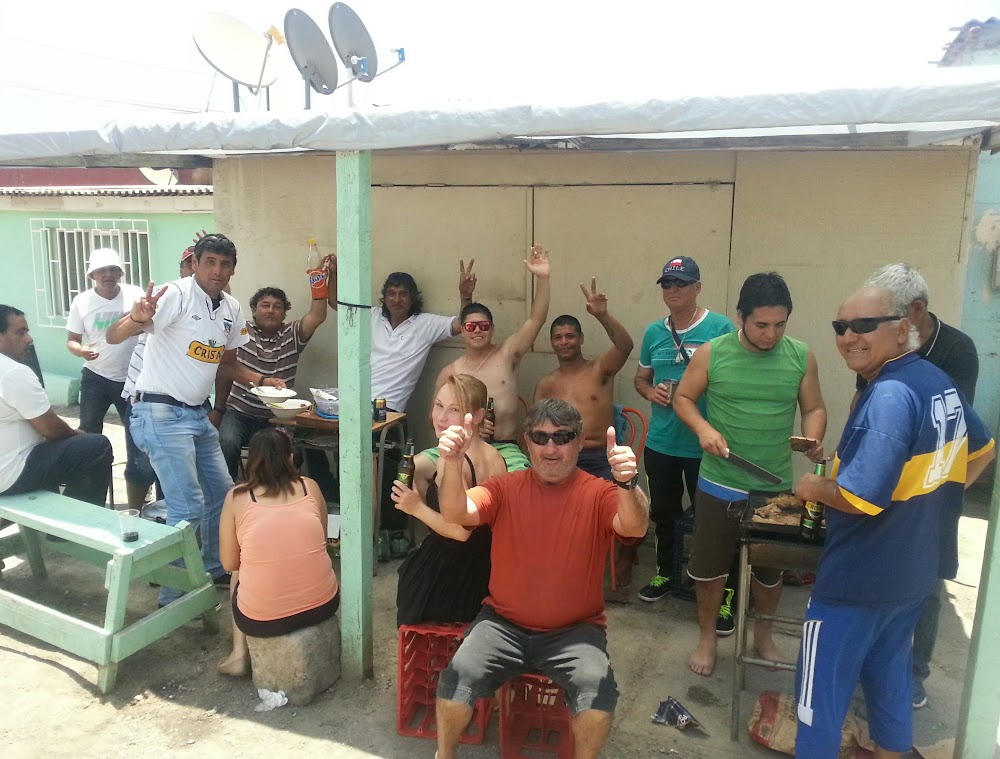 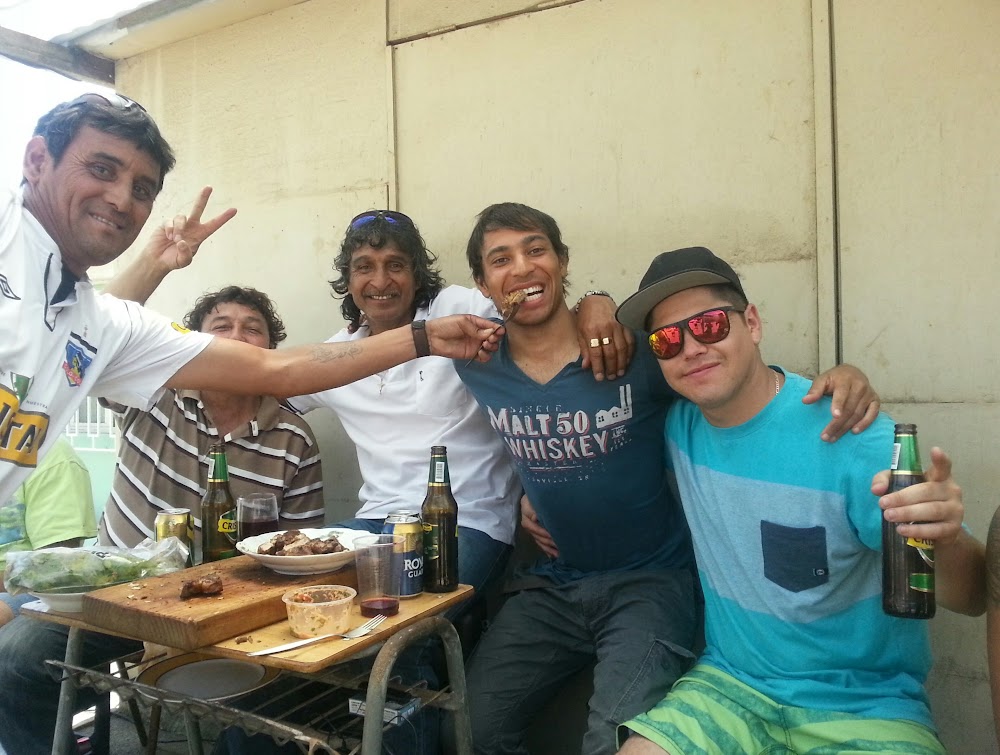 No-one in the party could speak English, and we couldn’t much Spanish, but it didn’t matter. We were welcomed into the group just the same, and were even given presents/good luck charms for our trip.

Escaping a few hours later, I repaid the favour by buying them a crate of beer before heading back to the hotel for a much needed siesta.

It was to be a short day with San Pedro just 130 miles or so away. The road slowly wound away from the coast and headed in land, gaining altitude along the way.

For the most part it was straight and desolate, with desert to the left of us, and desert to the right. As we approached San Pedro things began to get a little more interesting, with salt flats, rocky mountains, and even geysers (albeit in the distance). Almost everything we read online about the town described it as a tourist trap., but we actually found it quite refreshing after some of the small towns and villages we’d been in previously.

Much of the accommodation is insanely overpriced but we got a good rate at Puritan Hostal on Caracoles. It didn’t include breakfast, but had ample parking, and a nice vibe to it.

Lots of tourists also meant lots of restaurants, and international food. Personally, I had the best meal of the trip so far at restaurant Adobe, and washed it down an Astral Calafate. It wasn’t cheap, but it was definitely worth the money.