There are two main routes into Argentina from the southern Carretera Austral. One is the well known Chile Chico route. The other, a remote, and isolated trail called Paso Raballos. You can guess which one I took. 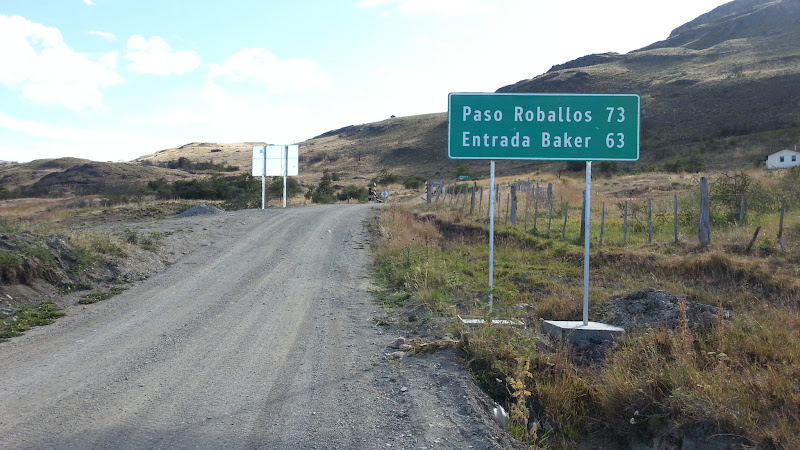 The route starts around 12km from from Cochrane heading north. The turn off isn’t well marked and can be easy to miss. In fact I did just that, and have to back track a few km to find it.

The first part of the route is relatively tight and narrow, with small hill crests, and blind turns. But it’s awesome fun. Just watch out for the local wildlife who seem oblivious to the dangers of running out in front of vehicles. This part of the road on the Chilean side runs on for some time. There’s light corrugation, and rocky sections when closers to the mountains but it’s a relatively easy ride.

Later the road opened somewhat and it was possible to pull back the throttle and head towards highway cruising speeds, carefully (but not always successfully) watching out for patches of deep loose earth and gravel.

Both the Chilean and Argentinian border posts here were isolated, and separated by 10km of gravel. Exiting Chile took me all of five minutes with most of that time spend taking about the bike. I noticed a Great American Trek sticker. Looks like South Africans, Megan and Matt have been here. I’d been following their blog back in the UK. Do check it out, there’s some great write ups and advice there. 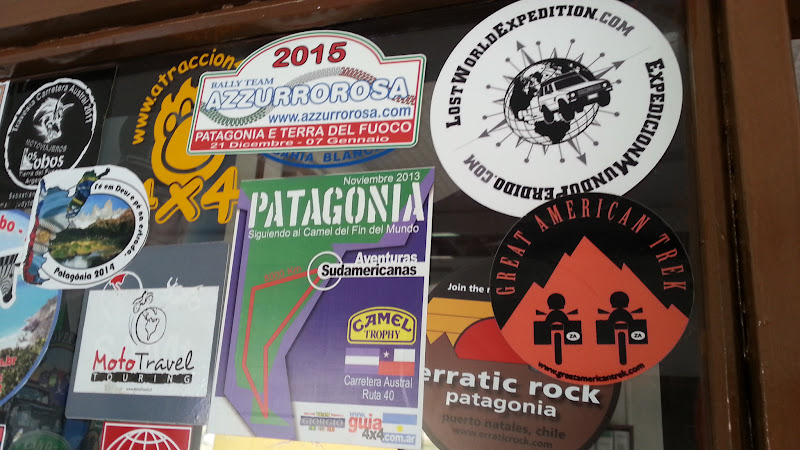 Entering Argentina took a little longer. Everything on the Argentinian side was a manual process. There was power, but no computers. As I’d been contemplating what to do with the xCountry when I’d finished my trip, it did make me think that this would be a great place to do the border trick when selling a motorcycle – if only it wasn’t so remote. 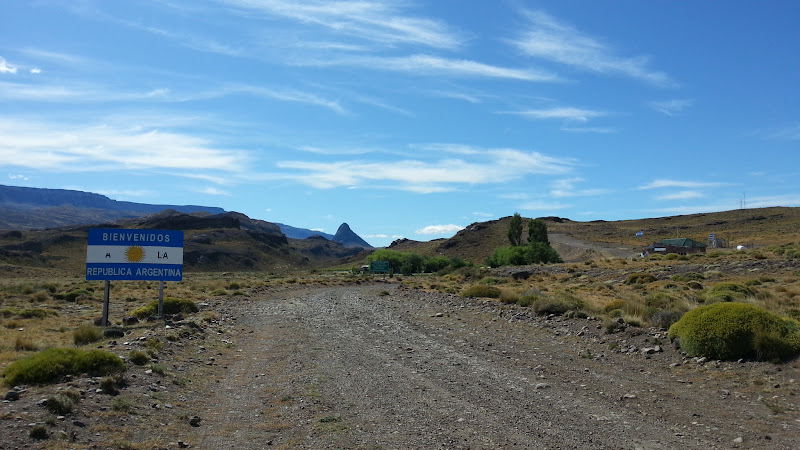 Once in Argentina the road conditions became worse, and the scenery more bleak and barren. There were some tricky off camber corners not too far in, but after that the road opened up and speeds were high.

My target for the day was to reach Gobernador Gregores and the free municipal campsite there. The only fuel on the way was a small station at the end of the gravel road in Bajo Caracoles. I’d read that this station often runs dry meaning an overnight wait for fuel.

Not wanting to risk it, I’d loaded up a 10 litre container in Cochrane. I’d strapped this to the rear rack, but weary of the carrying 6-8 kilos up back there on rough terrain, I’d also strapped it to the handles of my roll bag to relieve some of the load on the rack. Still, when I stopped along the trail to check and tighten the straps, I found that the steel rack had snapped in two places. Fortunately I only had a few more kilometres to go until I reached the tarmac. 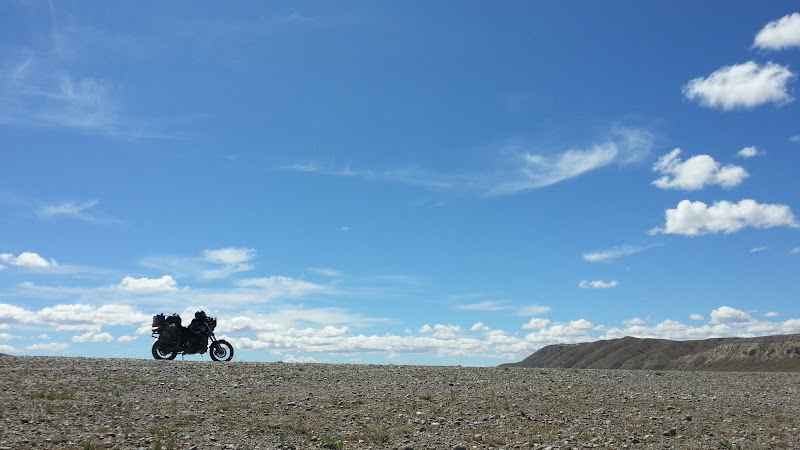 Bajo Caracoles was a small dusty village at the end of the trail. There was camping there, though my preference was to push on,but before doing so I needed fuel.

It turned out that the petrol station (if you can call it that), did have fuel that day, but I chose to fill up from my Copec container to lighten the load. From there on it was nearly 200 km to Gobernador Gregores where I’d refuel (there’s a YPF there), and spend the night before making my way to El Calafate and the Perito Moreno glacier.